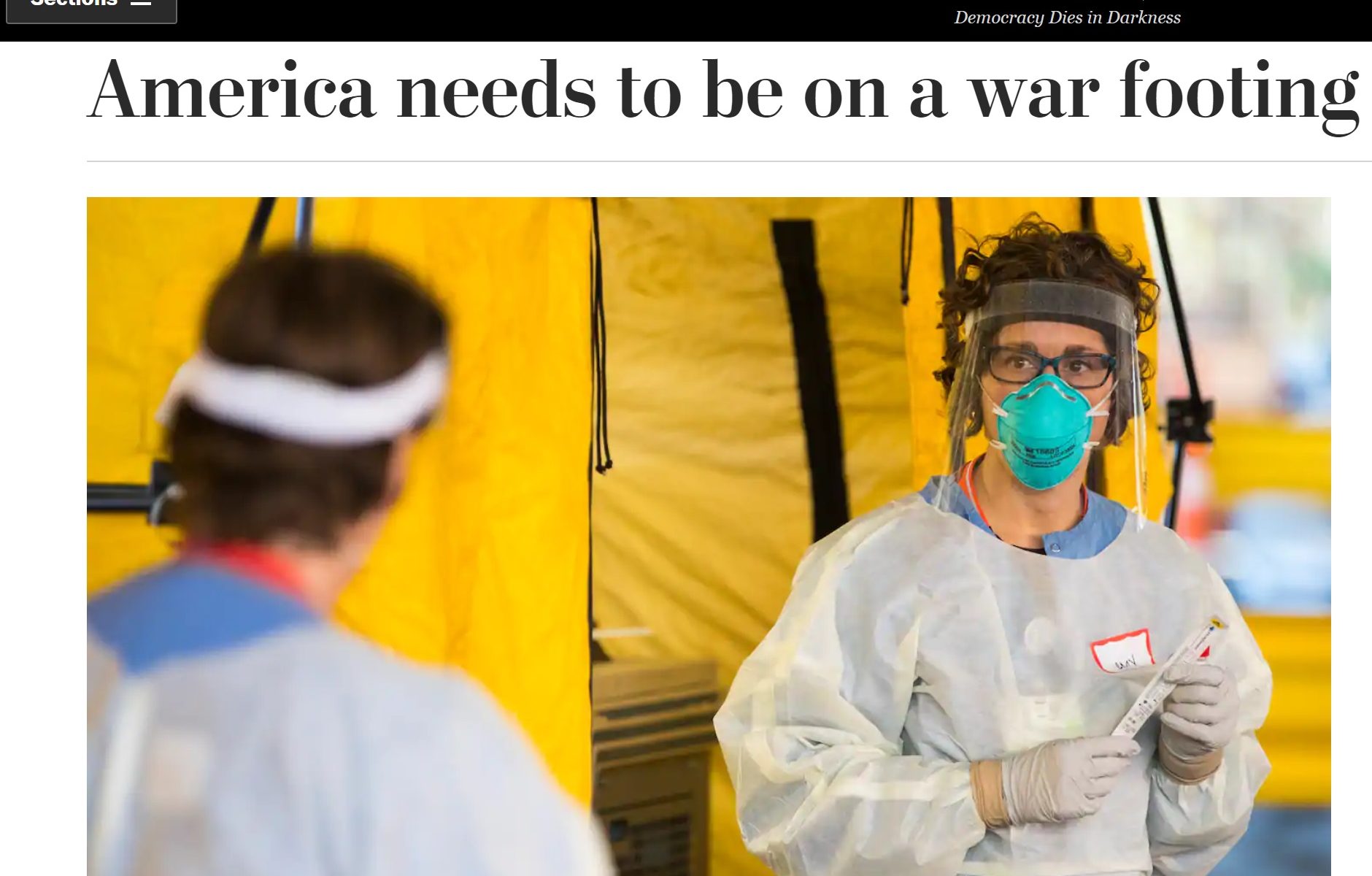 Here We Go Again: 9/11, Coronavirus and Another ‘New Pearl Harbor’
by Barbara Honegger

Acting true to form as the US military-intelligence community propaganda agent it is, the Washington Post recently published an opinion piece asserting, “America Needs To Be on a War Footing.” In it, Danielle Allen asserts, “The appropriate analogy for this moment is Pearl Harbor… The country needs to transform to a war footing.”

With this invocation of Pearl Harbor, a representative of America’s warlords makes clear their objective to continue the assault on civil society initiated with the gross misrepresentations accompanying the events of Sept. 11, 2001. In 2000 many of the main players in President George W. Bush’s future war cabinet infamously invoked the image of Pearl Harbor as a trigger for war. In a notorious report, the neocon members of the Project for a New American Century (PNAC) helped chart out the road to 9/11 by conjuring up the need for a Pearl Harbor-like event. Such an event was declared necessary in order to mobilize US popular support for invasive warfare abroad, police state and surveillance state interventions at home.

The nation-wide and global effects of the COVID-19 contagion are massive and very real, just as were the wide-ranging effects after Sept. 11th, 2001. So too does the current crisis replicate the vast discrepancy between the 9/11 official story and actual pre-9/11 facts. These disturbing parallels show up in the current crisis in the fact that in the last 3 months 13 million people died worldwide of various ailments. We are told by official sources that just over 11,000 of these 13,000,000 deaths are due to coronavirus.

After 9/11 Bush, Rice, etc. claimed that ‘no one could have imagined’ the disaster to come before Sept. 11.. We now know, however, that Bush’s and Rice’s own executive branch was conducting counterterrorism ‘exercises’ on scenarios involving plane threats targeting both the WTC and the Pentagon. In fact, drills based on these very scenarios took place on the morning of 9/11, literally as the actual violent events were unfolding, i.e. How could it be that one could not know about something that one was already implementing in the hypothetical realm of military drills?

Because of this as well as many other anomalies and internal inconsistencies, the evidence is overwhelming that the supposedly surprise attacks of Sept. 11 had to have been an inside job. Now Trump is repeating the lie over and over again in every White House Coronavirus briefing that “No one could have known” what was coming.” He makes this declaration while it is a matter of well-documented public record that a U.S. Navy Admiral and top leaders from U.S. business and government conducted a Coronavirus crisis scenario involving hypothetical emergency responses in an exercise called Event 201. Under the direction of vaccine-czar Bill Gates, the 201 Event took place last October shortly before the claimed origin date for the virus in Wuhan China. The origin date keeps being moved backwards, by some estimates into the United States during the summer months of 2019.